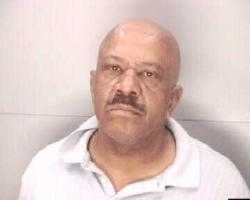 An officer with the Columbia Police Department has been arrested in connection with a domestic incident involving his wife, officials say.

Deputies with the sheriff’s department responded to a disturbance at the officer’s address in a residential area northeast of Columbia around noon, Cowan said.

It was unclear whether Sealey and his wife had been arguing, but Sealey had threatened her and stuck a gun in her face, Cowan said.

Sealey was charged with criminal domestic violence and taken to the Alvin S. Glenn Detention Center.