A former South Bend police officer who was part of a mortgage lending scam won't learn his fate until March.

Robert Culp, 43, was supposed to be sentenced Tuesday, but the sentencing was rescheduled for March 13th.

Culp was a 17-year veteran of the South Bend Police Department.

Back in May, he pleaded guilty to bank fraud.

The U.S. Attorney's Office says Culp and two accomplices bought 190 inexpensive homes and sold them far above their actual value between 2003 and 2007.

Culp faces up to 30 years behind bars.
No comments:

15 More of Officer Andrew Collins Cases being Thrown Out 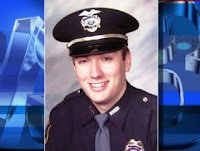 Fifteen drug cases were thrown out this week in Berrien County because the officer who investigated them is being investigated himself.

He was arrested last month on drug charges and is being investigated by the FBI.

At the time of his arrest Collins was a narcotics officer with the Benton Harbor Police Department.

Since then, charges have been dismissed, convictions overturned, or defendants released in 22 cases he has worked on.

Two additional cases are going back to trial without Collins' testimony.

A former Erie police officer is guilty of stealing cocaine from the department's evidence room.

Forty-seven-year-old Lt. Robert Liebel pleaded guilty to all nine charges against him, including theft and possession of cocaine, on Tuesday in Erie County Court.

The 22-year veteran was arrested in February after Erie police conducted a sting operation. The drugs were taken in 2007 and 2008.

Liebel will be sentenced on March 3. He was fired in May and is enrolled in a drug rehabilitation program.

Brace yourselves because there is nothing funny nor entertaining about this footage. A new video has surfaced giving a better angle of the execution of Oscar Grant in the Bay area of California by the California Police.

The video made me sick to my stomach because I knew that I was about to witness a murder. A friend of mine simply said this, if there was footage like this of two civilians nonetheless black civilians it would be an open and shut case. Quite simply, what is their to investigate?

Deadly force is to be used when a cop feels his life is in danger, a felony has been committed and the suspect is trying to flee. Neither of those circumstances are present here as we clearly see that the cops had the victim under their control. This is a sad day for law enforcement in the United States.

Ask yourself this; when did it become alright to kill an unarmed man?

I'm sure you have heard about this horrific police shooting where a 22-year old African American male, a father and a completely innocent victim, was shot in the back by BART police on early New Year's morning at the Fruitvale BART station in Oakland, especially if you live in the Bay Area.

We need to make this national news - so please forward to friends and media all over the country to make sure justice is brought against the BART officers involved. If you haven't heard, please read the article below.

But, here's a short-hand version: four or five men were brought out of the BART train around 2am Jan 1, 2009 by BART police at the Fruitvale station. Apparently there was a scuffle or an argument on the train - it was very packed.

Witnesses say all the men pulled out (only Latino and Black men mind you) cooperated and were sat down in cuffs by the police. The police were aggressive in handling them even though the young men cooperated.

Many witnesses began to crowd around the scene and soon a shot was fired by a BART police officer and victim Oscar Grant, 22 years old, was shot in the back while he was face down on the floor. Many cell phones and cameras were confiscated that night from witnesses by the BART police and they say the cameras at the station were not operating that night (yah right).

Some witnesses however, got away with their footage and now it can be seen on the CBS website and other websites as well I'm sure. It's haunting to see the actual footage becuase it's so obvious that the officer was at fault and action needs to be taken. So far the officers at the scene have not even been questioned. The family is seeking criminal charges for the officer involved and sueing BART. 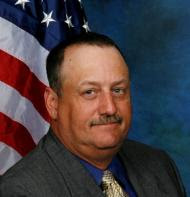 An Alabama police organized crime specialist who vanished last week amid signs of a struggle, triggering a search of a nearby river, was arrested in Las Vegas and accused of staging his disappearance to cover up a theft, authorities said Tuesday.

Police said Sgt. Faron White, 48, vanished in a bid to cover up a theft of $2,500 from his department in the north Alabama city of Decatur.

White — the head of the city's organized crime unit and Decatur's officer of the year for 2007 — was arrested late Monday by a federal fugitive task force in the lobby of a Hampton Inn hotel in Las Vegas. He was charged with theft.

Authorities said a 29-year-old woman, Sarah Richardson, was arrested at her home in Decatur and accused of helping White flee. Police didn't release details of any relationship between the woman and White, who is married with three children.

White was held on $20,000 bond; Richardson's was set at $2,500. Additional charges are possible against White and Richardson, who was accused of hindering prosecution.

It was unclear whether White, of Falkville, had hired a lawyer. Richardson did not immediately respond to a message seeking comment.

Police said the officer's family reported him missing early Saturday after he failed to return home from work. Police found signs of a struggle in White's office and began a search, which included a helicopter and rescue teams scouring the banks of the Tennessee River.

White joined the Decatur Police Department in November 1986, working in the jail before becoming a police officer. 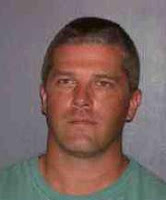 Suskevich and his wife were arrested Aug. 17 after Key West police officers were called to their vacation home following a report of a gunshot.

The officers searched the home and found marijuana in the house, which Suskevich and his wife claimed belonged to her, Barron said.

Suskevich was arrested and charged with possession of marijuana.

Because of these charges, Suskevich was placed on administrative leave.

The criminal charges against him eventually were dismissed, and the department then launched an internal investigation into the incident, Barron said.

“After reviewing all of the information gathered during the investigation, I concluded that Officer Suskevich’s employment with the Cape Coral Police Department should be terminated,” Petrovich said.

“This investigation took a little longer than anticipated because I wanted to be very thorough and deliberative as I made my decision regarding Officer Suskevich and his future as a law enforcement officer, ” Petrovich said.

While Petrovich did not concur with the findings that sustained allegations of possession of a controlled substance and an intentional violation of state law, he did concur that a preponderance of the evidence supported the finding of “conduct unbecoming a police officer.

“The circumstances and facts regarding the possession allegations still raised questions in my mind, which is why I did not concur with those charges,” added Petrovich.

“However, the statements Officer Suskevich made to Key West police clearly indicated that he was aware of his wife’s marijuana use and took no affirmative action to address the illegal activity. This is unacceptable behavior for a police officer,” the police chief said.

Suskevich has the option of appealing his termination as provided in Article 8 of Ordinance 50-94 or grieving his suspension through Article 11 of the Police Collective Bargaining Agreement.

Email ThisBlogThis!Share to TwitterShare to FacebookShare to Pinterest
Labels: conduct Unbecoming an officer, Marijuana, shooting weapon
Newer Posts Older Posts Home
Subscribe to: Posts (Atom)
All person charged on this site with a crime are presumed innocent until proven guilty.