A Frankfort police lieutenant faces one count of theft following an investigation by the Indiana State Police Organized Crime and Corruption Unit.

Randy L. Emery, 48, of Frankfort, was arrested Tuesday afternoon at his residence and booked into the Clinton County jail, according to a state police news release. A jail employee said Emery had bonded out by Tuesday evening.

State police investigators said Emery was working part-time for Good Oil Co. and was responsible for transporting money from the company’s gas station at Indiana 28 and Interstate 65 to a bank. According to ISP, Emery used a Frankfort patrol car to transport the money while he was off duty from his police job.

State police allege that more than $147,000 in cash was taken from the Winamac-based oil company since late summer of 2013.

According to state police, the arrest warrant stems from an investigation that began Friday and was conducted by Master Trooper Detective Amy Johnson. The investigation is ongoing.

“The judicial system will run its course and proceed accordingly, based on the facts of the investigation. Not having any role in the investigation, our department has no further comment on the situation,” Bacon said.

“Given Emery is a city employee, an executive session of the Frankfort Board of Public Works and Safety will be scheduled in the near future,” the statement said.

Emery was not on duty at the time of his arrest, according to Bacon.
No comments:

A Rhode Island state probation officer assigned to the sex offender unit was convicted on Monday of being a sex offender, U.S. Attorney Peter Neronha announced on Tuesday.

Gerald Silva, 59, of Coventry, was arrested back in 2012 in connection with a massive investigation into Toronto-based production company Azov Films. The investigation, known as Operation Spade and led by members of the U.S. Postal Inspection Service and the Toronto Police Service, revealed that Silva was one of more than 10,000 customers who had purchased online videos from Azov Films.

At least 348 of the company’s customers – including Silva – were charged with purchasing child pornography from the website, according to Toronto Police.

Silva was convicted of completing 22 orders through Azov Film’s website, spending a total of $1,589 on 75 different videos, each of which depicted child pornography. The videos, police say, were shipped to Silva’s Coventry residence while he was employed as a probation officer. “Dozens of videos” were seized from Silva’s home during an authorized police search in 2012.

During his trial, Silva claimed he had ordered and collected the videos as part of an ongoing professional project, but a jury returned a guilty verdict after less than an hour of deliberations.

Another Rhode Islander, 60-year-old Warwick resident Stephen Hickey, was also charged in connection with Operation Spade. Hickey, a longtime high school teacher, pleaded guilty to one count of possessing child pornography in August 2013. He was sentenced to 18 months in a halfway house.

Azov Films was shut down in 2011, and its owner – Brian Way – was arrested.
No comments:

A Metro police officer is charged with official misconduct and theft by deception.

Officer Chris Thurman is accused of falsifying his time sheet and claiming overtime he may not have worked. That investigation is now jeopardizing more than 100 criminal cases he's handled the last several years.

"We have an obligation to notify defense attorneys of any pending matters that involve officer misconduct or false testifying," Leland Hulbert, the Assistant Commonwealth's Attorney said.

Court documents allege he "falsely reported overtime activity" and stole more than $10,000 from the city by "creating or reinforcing a false impression."

The question, now, is whether he falsified any other details while on the job.

"Right now, we're in the process of re-examining each case to determine how strong it is. We don't want to dismiss any cases we've indicted, but we understand we have to weigh the risk of calling an officer to the stand that has pending charges," Hulbert said.

The Jefferson County Attorney's Office said Thurman does not plan to attend any trial involving cases he investigated, but if called to do so, would simply plead the fifth. It's a statement that could hinder prosecution in a variety of cases from DUI to homicide.

"If he is the lead investigator on a case, we're going to re-evaluate his level of involvement," Hulbert said.

Defense Attorney Paul Gold has a handful of DUI cases Thurman investigated. He says these new charges will create a “big problem for prosecution.”

Regarding a DUI arrest, Gold says an officer must first have reasonable suspicion to pull a vehicle over and will then perform a field sobriety test. It’s during this time when the officer is the only officer on scene. He says Thurman was prolific for DUI stops.

“Without his testimony as to why he pulled someone over, it doesn’t matter what happened later on, because no one else can testify,” Gold said. “They’re going to lose some of those.”

Just last September, Thurman led an investigation of a fatal hit-and-run on I-64. Police say 31-year-old Chad McQuilling got out of his truck to fill up the gas tank when he was blindsided by another driver near the 9th Street ramp. The suspect in the case was never identified, but future charges could come to a halt with Thurman's indictment.

Thurman's arraignment is scheduled for Monday, Feb. 17.
No comments:

A Louisville Metro police officer is facing charges of official misconduct and theft by deception after being accused of stealing from the city.

According to court records, Thurman allegedly stole $10,000 over a two year period by falsifying his time sheet and claiming overtime he may not have worked.

Thurman has been placed on paid administrative reassignment.
No comments:

State police have charged a Bridgeport police officer with unlawful discharge of a firearm after a Dec. 17 incident in which he accidentally shot himself.

Officer Juan Santiago, 55, was at the Bagel King restaurant at 3550 Main St. with three other Bridgeport police officers when "he mishandled a firearm ... and discharged the round through the thigh area of his left leg," state police said. The gun was not his department-issue pistol, Bridgeport police said at the time.

No one else was injured. Santiago was treated at St. Vincent's Medical Center in Bridgeport. Six days later, state police detectives were assigned by the Bridgeport state's attorney to investigate the incident.

Police said they determined that Santiago mishandled the gun, causing it to fire. They obtained an arrest warrant charging him with unlawful discharge of a firearm.

Santiago turned himself in at the Bethany barracks at 9:30 a.m. Monday. He was released on a promise to appear in court Feb. 18 in Superior Court in Bridgeport.

Santiago remains on the job, but is assigned to desk duty.

"First, I would like to say we are grateful that the officer is recovering from his injury," Bridgeport Police Chief Joseph L. Gaudett Jr. said. "We have said from the outset that we requested the state police handle the investigation so the public would have confidence that it would be fair and unbiased. The state police conducted a thorough investigation, consulted with the state's attorney's office and made a determination that we will respect."
No comments: 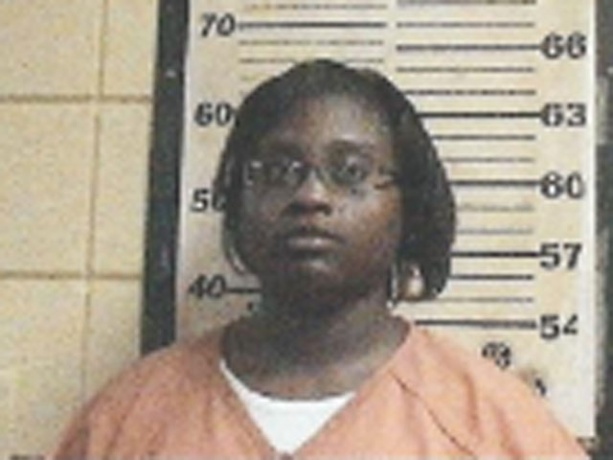 A former Hazlehurst police officer has been arrested following indictment on one count of extortion.

The indictment alleges that Boyd, while on duty, accepted money from a citizen on the pretense of "fixing" a ticket that Boyd had previously issued the same citizen.
If convicted, Boyd faces up to five years in jail.

Email ThisBlogThis!Share to TwitterShare to FacebookShare to Pinterest
Labels: extortion, Mississippi
Newer Posts Older Posts Home
Subscribe to: Posts (Atom)
All person charged on this site with a crime are presumed innocent until proven guilty.