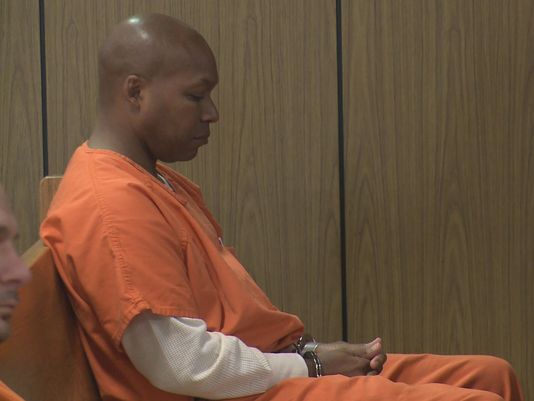 Officials said Tuesday that former DeKalb County police officer Manuel Williams was sentenced to 10-years and is ordered to serve five of them in detention.

Prosecutors say Williams resigned from the department after he was arrested on molestation charges in 2012.

Officials say Williams is expected to be taken back into custody Friday. Williams have to register as a sex offender and is also ordered to undergo sex offender treatment.

A Fort Smith police officer who was arrested after Sequoyah County Sheriff's Office deputies said he fired a gun inside his home and held a gun to a five-year-old's head has resigned.

Naaman Adcock resigned from the Fort Smith Police Department early Wednesday, according to KFSM, the CBS affiliate in Fort Smith.

Adcock was arrested Tuesday on complaints of suspicion of assault with a deadly weapon, possession of a firearm while intoxicated, reckless conduct with a firearm, felonious pointing a firearm and child endangerment.

Deputies also arrested his wife, Tabatha Adcock, on complaints of failure to protect a child, child endangerment, possession of a firearm while intoxicated and reckless conduct with a firearm.

The sheriff's office told KFSM both fired guns inside their rural Sequoyah County home with at least two children inside.

KFSM says Fort Smith Police had placed Adcock on administrative leave with pay while the department conducted an internal investigation.

Sheriff Ron Lockhart says their report has been turned over the Sequoyah County district attorney's office.
No comments: 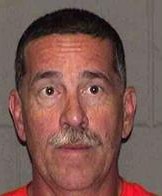 A former Oregon state trooper was back in Clatsop County on Tuesday to face more than two dozen child sex abuse charges.

David Corkett, 52, was a senior trooper in Astoria until he resigned in January 2013 after he was placed on administrative leave, pending an investigation in October 2012, according to Oregon State Police (OSP).

He appeared in court on Tuesday to face a 29 count indictment for encouraging child sex abuse. Two of those charges were in addition to the original 27 that came about as a result of an international investigation into the production and viewing of child pornography, according to the indictment.

The indictment also revealed that Corkett is charged not only with looking at child pornography, but also being in possession of a photograph of two nude boys holding hands on the beach. It was not known if the boys are from Clatsop County.

Clatsop County’s District Attorney Joshua Marquis would not talk about specifics of the case, but he did say Corkett pleaded not guilty on Tuesday. Corkett posted bail last month and is currently living in California.

No one answered the door of Corkett’s last known residence in Seaside on Tuesday to comment on the charges.

Neighbors who spoke with KOIN 6 News last month after Corkett’s arrest said they felt deceived by a man who they thought they could trust because of his position.

OSP also said last month there is no indication Corkett was looking at any of the images while he was on duty.

Corkett’s next appearance in court is scheduled for Aug. 8.
No comments:

A Palm Beach County Sheriff’s deputy was arrested last week after allegedly battering a 5-year-old boy, leaving the child with hemorrhaging around the eyes and a swollen lip, according to a police report.

The child, whose relationship to Kirby could not be verified, was admitted into the pediatric intensive care unit at Palms West Hospital on April 22 for what doctors diagnosed as petechial hemorrhaging that resulted from “manual asphyxiation,” the report said.

According to a medical report, the “most likely possibilities” for the boy’s injuries were that “he was smothered over the mouth and nose while he struggled to breathe or that he had ‘fallen’ off the bed and his face was forcibly pressed against the floor impeding his ability to breathe freely.”

After spending several days in the hospital, the boy was discharged. He was interviewed by a member of PBSO’s Child Protection Team but “was timid and reluctant to speak,” about what happened.

On May 22, a member of the Child Protection Team met with the boy, who said he was in the hospital because Kirby had choked him and hurt his eyes. The boy said he was in his bedroom when Kirby went into his room, whispered something then covered his mouth and nose. The report said the boy demonstrated a “choke hold” while re-enacting what happened to him. When he tried to get away, the boy said, Kirby squeezed him harder.

The boy indicated to the detective the alleged abuse has been ongoing. He said Kirby had become angry and disciplined him harshly after the boy wet the bed. The boy said Kirby has made him stand in the bathroom for “hours” and also made him jump up and down in front of the toilet. He’s forced to spend so much time in the bathroom that he falls asleep, which angers Kirby and causes him to hit the boy, the report said.

On one occasion, the child said, Kirby shoved a wet diaper into his face after a wetting accident. Kirby also “punches” him, including in the face, the boy said. Kirby is listed on his arrest report as 6-foot-4 and 250 pounds.

An unidentified person in the home cries and begs Kirby not to hurt the boy, the report said.

Kirby, a Wellington resident, joined the sheriff’s office in 2004 and works in the training division, a sheriff’s spokeswoman said.

In February 2012, Kirby was arrested after he allegedly slammed his girlfriend against an aluminum bi-fold door during an argument. Kirby told deputies that he and his girlfriend had argued about his 2-year-old daughter. The girlfriend, whose name was not released, said they had argued over Kirby’s drug use, according to the arrest report.

Court records show that the state attorney’s office did not file a charge of battery against Kirby.

Kirby is the second sheriff’s deputy arrested in less than a week.

Joaquin Fonseca, an undercover agent, was arrested and booked into the Palm Beach County Jail on May 20. He faces charges of official misconduct, possession of cocaine and false statements to a law enforcement officer during an investigation.
No comments:

Email ThisBlogThis!Share to TwitterShare to FacebookShare to Pinterest
Labels: child abuse, Florida
Newer Posts Older Posts Home
Subscribe to: Posts (Atom)
All person charged on this site with a crime are presumed innocent until proven guilty.