A federal probation officer is expected to a face a judge after being arrested in a cocaine trafficking and bribery case.

Federal prosecutors told Action 4 News that Mora is accused of taking thousands of dollars in bribes to conduct background checks on truck drivers for a local drug trafficking organization.

Investigators believe that Mora told drug traffickers not to hire two drivers because they were undercover agents.

A third truck driver was not hired because he was an FBI informant who was on probation and supervised by Mora.

Investigators believe Mora worked for the drug trafficking organization between February and June 2009 allowing them to move 738 pounds of cocaine.

The 36-year-old man remains in custody where he is expected to appear before U.S. Magistrate Court Judge Peter Ormsby on Thursday morning.

If convicted, Mora could 10 years up to life in prison and millions of dollars in fines for the drug trafficking charge.

The bribery charge is punishable up to 15 years in prison and thousands in fines.
No comments:

An Omaha police officer has been arrested and accused of using the Internet to lure what he thought was a 14-year-old girl.

Twenty-5-year-old David Kass was arrested at his Omaha home Wednesday on suspicion of online enticement.

Kass has been placed on administrative leave. He has been with the department since 2006.

A veteran Stamford police officer was arrested Tuesday by the Chief State's Attorney's Office on weapons charges related to pending criminal charges from a domestic dispute.

Donald Greer, 46, of Stratford, was charged with one count of illegally transferring a pistol or revolver, a felony that carries a maximum prison term of five years, the Chief State's Attorney's Office said in a statement.

Greer was arrested by Stamford police in March on threatening and disorderly conduct charges stemming from a domestic dispute. He was a police officer at the Stamford Police Department for 24 years before being arrested in March.

The department suspended Greer, and he turned in his badge and gun. He was put on administrative leave pending the domestic dispute charges.

John Whalen, an assistant state's attorney who works in the Statewide Prosecution Bureau, said investigators learned about the alleged firearms violations while looking into the domestic dispute.

In February 2007, Greer allegedly transferred a pistol to an acquaintance for their protection, the Chief State's Attorney's Office said in a statement. A warrant says the transfer was illegal because Greer did not submit the proper written statement to the State Police Special Firearms and Licensing Unit before the transfer.

Whalen would not offer more details about the arrest or how it was related to the domestic dispute.

Greer was arrested Tuesday by an inspector from the Chief State's Attorney's Office at state Superior Court in Stamford. He was released on a promise to appear in court and will be arraigned July 28.

Prosecutors from the Statewide Prosecution Bureau at the Chief State's Attorney's Office will handle the case, the office said in a statement.

Stamford Police Lt. Sean Cooney, a department spokesman, said Greer will remain on paid leave pending the outcome of the criminal charges against him.

An internal police investigation will follow once the court case gets resolved, he said.
No comments:

A decorated Anchorage police officer has been accused of sexually assaulting multiple women while he was on duty.

Anthony Rollins, a 13-year veteran and former department spokesman, was indicted by a grand jury and arrested Wednesday. He's being held on a $100,000 bond.

"Let me stress that Rollins' alleged actions are aberrant and detestable," Police Chief Rob Heun said at a press conference. "Officers are compelled to function independently within the confines of the laws they are sworn to uphold and have the authority to enforce. They are and should be trusted to protect life, to protect property and maintain order."

A local group that supports victims of sexual assault — Standing Together Against Rape — brought one woman's allegations to the police department's attention in April.

Authorities said that police, with assistance from the FBI, then began investigation Rollins' past contact with women, and found five more alleged victims as far back as March 2006. Heun would not elaborate on how Rollins met the women, saying only that Rollins encountered them during field interviews.

Details of the assaults were sketchy in the indictment documents. Police and prosecutors also gave few details, saying the investigation is ongoing.

Nancy Haag, executive director of Standing Together Against Rape, said the group does not comment on specific individuals or cases.

"Any sexual assault is traumatic and I'm sure an authority figure only compounds that trauma, fear and hopelessness," she said. "In general the issues that need to be recognized here is those who perpetrate these crimes need to be held accountable and the survivors need deserve to be heard, believed and offered support." 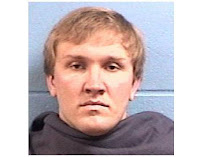 Vicksburg police have arrested one of their own. Officer Michael Smith, 27, is accused of breaking in to a tour boat and stealing beer from inside.

Deputy Chief Richard O'Bannon says Smith was one of several other people charged with burglarizing the Sweet Olive tour boat, which was docked at Vicksburg, around 5:00 Sunday evening.

Smith has been on the Vicksburg police force for about a year. He was released on $10,000 dollars bond.
No comments: 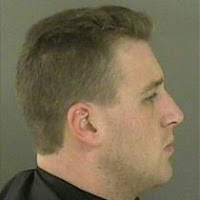 A former deputy with the Indian River Sheriff's Office will spend 210 months in federal prison followed by life time supervision.

Federal investigators say that Thomas, who worked for IRCSO, was living on the grounds of the Rosewood Magnet Elementary School in Vero Beach.

Thomas' arrest, according to prosecutors, is part of Project Safe Childhood, a nationwide crackdown on child predators.

Stephen Guy Thomas will also be registered as a sex offender.
No comments: 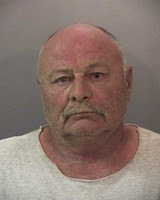 A former Redding Police officer was arrested on suspicion of attempted murder late Sunday afternoon after police said he shot a man with a shotgun.

Gary Cahoon, 60, of Anderson, fired one round from a shotgun at Brandon Rhodes, who is in his 30s, at about 5:14 p.m. on the 21900 block of Reading Drive, said Detective Wes Collette of the Shasta County Sheriff’s Office.

The two men had been involved in an earlier argument about visitors to Cahoon’s home at about 3 p.m. and Rhodes came back to confront Cahoon at his house, Collette said.

Redding Police Chief Peter Hansen said Cahoon was a Redding Police officer about 30 years ago, resigning in the late 1970s. He said he didn’t know why he resigned.

“He was a police officer for a short period of time,” Hansen said.

Cahoon was an officer for seven years, Collette said. Cahoon and Rhodes were “long-time acquaintances,” he said.

Several pellets from the shotgun blast hit Rhodes and his pickup, Collette said. Rhodes has been treated for his injuries and released.

Cahoon admitted to the shooting, Collette said. He was being held this morning at the Shasta County Jail on $500,000 bail.
No comments:

Email ThisBlogThis!Share to TwitterShare to FacebookShare to Pinterest
Labels: attempted murder, California
Newer Posts Older Posts Home
Subscribe to: Posts (Atom)
All person charged on this site with a crime are presumed innocent until proven guilty.