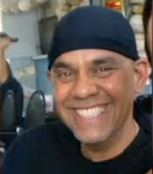 Oldy Ochoa Jr. allegedly met the girl while working on a case. The two flirted on Facebook and e-mail, and -- according to the girl -- the Miami Beach Police detective photographed his young muse as she posed suggestively.

According to a search warrant, the girl had a troubled past and spent a lot of time in the police department with officers.

Now the 17-year-old is saying that Ochoa sexually battered her on two occasions in his police car. The first incident allegedly occurred behind a strip mall in Pembroke Pines, which is where Ochoa lives. The girl told police that a second incident occurred in a wooded part of Northwest Miami-Dade.

Ochoa has been suspended with pay as police look into the accusations. His police car has been mined for DNA samples, and the investigation is ongoing.

"We take these allegations very seriously," Miami Beach Chief Raymond Martinez says. "We are cooperating with the Pembroke Pines Police Department to make sure there is a thorough investigation."

Ochoa joined the beach police force in 1991 and started off small. In 1993, the Miami Herald reported that he was deployed to a city commission meeting in case an angry man in crutches came by to disturb the peace. But as he became a veteran officer, he graduated to homicide, where he apparently worked on some high profile murder cases, including the probe into the murder of transexual woman Rene "Rosita" Hidalgo a year-and-a-half ago.
No comments:

The Clark County Coroner's Office said a man shot during an encounter with a North Las Vegas police officer Monday died of a gunshot wound of the head.

According to NLVPD Public Information Officer Chrissie Coon, a uniformed officer was patrolling the area of Woodard Street and Tonopah Avenue about 1 a.m. when he saw a man identified as Robinson walking in a crosswalk. Coon said the officer informed dispatchers he was going to stop the person.

According to Coon, the encounter with the 38-year-old homeless man grew violent.

Within minutes of the encounter, the officer called dispatchers to say there had been shots fired and medical assistance was needed, according to police.

Police said the person shot by the officer died at the scene. There were no injuries to the officer.

An investigation revealed the officer stopped his patrol vehicle along the sidewalk and attempted to approach the man on foot. Police said the man was being uncooperative and he began to back way from the officer towards the backyard of an abandoned residence.

It wasn't until the officer walked towards the man that the incident escalated, police said.

Coon said a knife was recovered from the scene.

"At some point, the suspect presented a knife. The officer fired his weapon, striking the suspect multiple times," Coon said.

"We really have to take our time to break that two minutes into pieces and see what exactly that officer was presented with when this incident occurred," said Coon.

Police said they target the area because of its high number of abandoned homes and buildings.

"It's becoming a public safety danger to have people in and around these house. Code enforcement is coming out and boarding up these houses. The homeless are coming in and taking those boards down, and you know there's electrical hazards and things of that nature," said Coon.

The officer in the shooting was only identified as a 31-year-old, five-year veteran of North Las Vegas police. He was placed on paid administrative leave.

The incident marked the first officer-involved shooting for North Las Vegas police this year.
No comments: 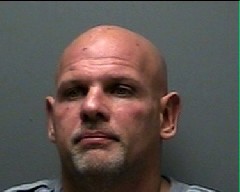 A Chattanooga police detective is expected to appear before a judge in Rutherford County, Tenn., today to ask to have contact with his wife after he was arrested Sunday for reportedly assaulting her, court records show.

Detective Michael Early, who will mark 20 years with the department in June, posted a $1,500 bond from the Rutherford County Jail after he was accused of hitting his wife, causing a laceration on the bridge of her nose.

Early's wife told an officer that she woke up in the couple's hotel room at the Clarion Inn, 2227 Old Fort Parkway, to find that her husband was gone. She found her husband in a friend's room.

The couple had an argument after Early's wife refused to return to their hotel room. He reportedly pulled her by the hair while trying to take her back to the room, a Murfreesboro police arrest report states. She left and returned to the room. The arguing continued.

Allegedly, at some point, Early head butted his wife. When a Murfreesboro, Tenn., officer questioned Early, he said he did not remember what happened. The report states both appeared to be intoxicated.

Early, 44, investigates robberies at the department.

Since his arrest, Early has been placed on paid administrative leave pending the outcome of an internal affairs investigation.

As part of his bail conditions, Early is not allowed to have any weapons.

Brian Smith was arrested on May 23 after his wife accused him of assaulting her during an argument. The case was later dismissed.
No comments:

A Melbourne police officer has been forced to resign after an investigation showed he was approaching women in parking lots while on duty and asking for their phone numbers.

A memo from a police department lieutenant says Officer Rey Munoz approached several women in the parking lot of LA Fitness on Feb. 19.  Police reviewed Munoz's onboard video and saw him speaking with three different women.  One of the women described it later to police as a "creepy" encounter.

Dashcam video: Cop accused of asking women for their numbers

A written statement by one of the women said Munoz asked her age.

"He said he wanted to know because I was beautiful. He then asked for my phone number. I told him I was spoken for," she said.

The memo says Munoz was warned about such behavior after doing the same thing at a Walmart parking lot in December where, according to the memo, Munoz had approached the niece of a police sergeant and asked for her phone number.

"There's no place for it here at the Melbourne Police Department," said Sgt. Sheridan Shelley, with Melbourne police.

A police spokesman says Melbourne Police Chief Steve Mimbs met with Munoz, who was a one-year probationary employee, and asked for his resignation, which was given.

"During that time, it's very crucial for that person to show what kind of character they have," said Shelley.

He'd been employed less than a year.

A former village auxiliary police officer will be sentenced next month to four years in prison for having a sexual relationship with a minor.

Andrew G. Probst, 24, of Bluffton, pleaded guilty to eight counts of unlawful sexual conduct with a minor, all fourth-degree felonies. Sentencing is scheduled for April 28.

Probst is out on bail.

The prosecution agreed to the four-year sentence in exchange for the guilty plea.

The crimes are unrelated to Probst’s job with the Bluffton Police Department, which he worked as an unpaid auxiliary officer, said Chief Rick Skilliter. Auxiliary officers are required to work nine hours a month.

Assistant Allen County Prosecutor Terri Kohlrieser said the charges accuse Probst of having an inappropriate sexual relationship with a girl between the ages of 13 and 15.

The girl told a staff member at the school she attends and that staff member, who is required by law to report such crimes, reported the matter to Allen County Children Services, Kohlrieser said.
No comments:

Email ThisBlogThis!Share to TwitterShare to FacebookShare to Pinterest
Labels: Ohio, sex with minor
Newer Posts Older Posts Home
Subscribe to: Posts (Atom)
All person charged on this site with a crime are presumed innocent until proven guilty.