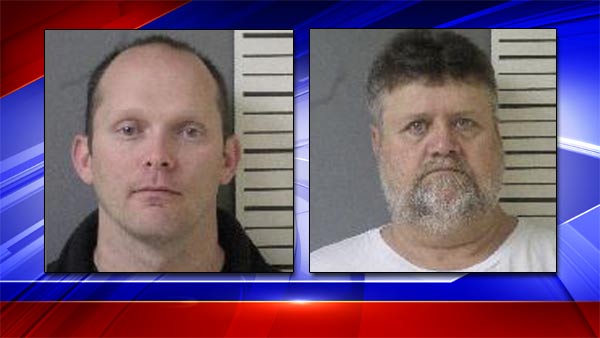 A sergeant with the Andalusia Police Department was arrested Wednesday night on multiple charges, including illegal drugs and promotion of prostitution.

Andalusia Mayor Earl Johnson and Interim Police Chief Paul Hudson identified the officer as Sergeant Jason Curry and say he was relieved of his duties following the arrest.

WSFA 12 News initially reported that Curry had been fired, but that is not accurate. Even though Curry has been relieved of his duties, Mayor Johnson says he must have a pre-determination hearing to determine if further disciplinary actions, including termination, are warranted.

Much of the details are still limited, as the investigation is ongoing. Officials with the ABC Board confirm they are investigating at the request of the Covington County District Attorney's office and assisted with the arrests.

Curry's pre-determination meeting could be held as early as next week.
No comments:

A Baltimore police officer was arrested Wednesday in Howard County and charged with sexual abuse and solicitation of a minor, county police said.

Charles Hagge, 44 of the 8800 block of Goose Landing Circle in Columbia was arrested after police say he communicated with a 14-year-old advertising prostitution services online.

Howard County police said investigators believe the two exchanged text messages before meeting at his home and engaging in sexual activity on three occasions between January and May 2013.

Police said Hagee was taken into custody at Baltimore police headquarters on charges of third- and fourth-degree sexual offense, sexual solicitation of a minor and prostitution. Hagee was being held on $75,000 bond and did not have a lawyer listed in court records.

Howard County police said Hagee was assigned to the Special Enforcement Section, an elite unit that investigates violent crimes. Baltimore police said Hagee worked in administrative roles and would be suspended with pay if he posts bond, per department policy.

For years, Hagee had been on a list of officers deemed untrustworthy by prosecutors, known as the "do not call" list, under the administration of former Baltimore State's Attorney Patricia C. Jessamy. The list was a tool for prosecutors to prevent police from working on cases in which their integrity might be challenged on the stand.

The Baltimore Sun reported in 2008 that Hagee had responded to a woman's 911 call in 2004 even though he knew he was the subject of her complaint, and then attempted to misdirect other officers into chasing a fake suspect.

At a department trial board, Hagee pleaded guilty in August 2006 to two administrative charges of conduct unbecoming a police officer and received a 10-day suspension, loss of 10 days' leave and involuntary transfer from the Organized Crime Division, according to court records.

He was allowed to return to enforcement work briefly in 2008, but after prosecutors discovered the 911 case and Jessamy placed him on the do not call list, he was assigned to administrative duties, according to records and news reports.

Hagee sued the Baltimore Police Department in 2009, alleging that he suffered racial and gender discrimination as a white male. He alleged that black and female officers in similar misconduct cases received lighter punishment. The lawsuit was dismissed.

Court records show that Hagee was not a police witness in any case filed in court from the time he was placed on the list until 2011, after the election of State's Attorney Gregg L. Bernstein, who vowed during his campaign to abolish the list. Hagee is listed as a police witness in about a dozen cases, including a burglary case from 2013 in which a man received four years in prison.

Asked for comment on the status of the do not call list, spokesman Mark Cheshire said the state's attorney's office does not maintain such a list.

"We conduct evaluations on case-by-case basis to determine if we can go forward with the evidence we have," Cheshire said.

Police have arrested a retired Cambridge police officer from Quincy they say is responsible for crashing into a pedestrian and driving off on Wednesday morning.

The crash happened around 6 a.m. on Wednesday in front of the Mass. Ave. T station.

The victim, said to be a middle-aged man, was rushed to Boston Medical Center with serious injuries. Police say he may have been in the crosswalk at the time of the crash.

Within hours of the crash, police found the gray 4-door 1999 Mercury Grand Marquis with Mass. license plate 145G that fled toward Columbus Avenue after the crash. The driver, 69-year-old Lawrence Stead of Quincy, was later arrested and charged with leaving the scene of a motor vehicle accident causing personal injury.

Cambridge police confirm that Stead is a former officer in that city. He retired in 2009 after 35 years with the department. Stead was released on $10,000 bail and will be arraigned on Thursday.

The 300-block of Mass Ave. was closed through the morning commute.

Email ThisBlogThis!Share to TwitterShare to FacebookShare to Pinterest
Labels: leaving the scene of an accident, Massachusetts, veteran officer 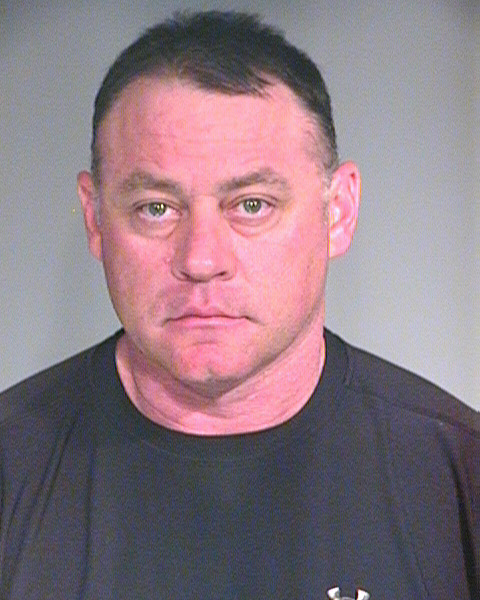 A veteran Chandler police officer has been arrested for possession of heroin.

"Our drug policy is very simple, you cannot have any illegal drugs in your system," said Detective Seth Tyler with the Chandler Police Department.

Early in March, Chandler police received information that Morgan was buying and using heroin.  Police searched Morgan's apartment where they say they confiscated evidence including a chunk of suspected heroin and drug paraphernalia.

Tyler said it's normal procedure for them to investigate their own.

"This is not the first time, unfortunately, that we've had to investigate one of our officers for a criminal offense," Tyler said. "This had happened in the past. Unfortunately, it will happen again in the future."

Morgan was a motor officer in the traffic unit.

But now his cases could be impacted with this felony arrest. Morgan resigned a few days after the search warrant was served.

Morgan was processed and booked into jail. He is free pending formal charges being filed by the county attorney.
No comments: 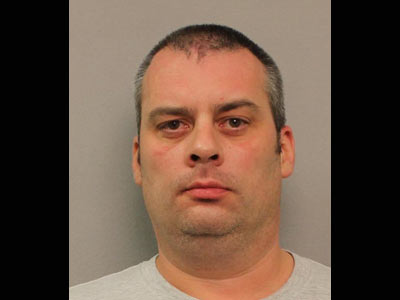 A Metropolitan Nashville Police officer has been decommissioned and placed on administrative assignment following his arrest Wednesday night on DUI and gun charges.

Christopher Stafford, a North Precinct Officers, was off-duty at the time of his arrest. Officers were called to an apartment complex on Edmondson Pike at 6:40 p.m. by an acquaintance of Stafford, who said he appeared to be intoxicated and involved in an argument with another motorist.

Police said the 42-year-old had driven to the apartment complex in a Dodge pickup truck with his young child.

He also had a loaded pistol in his car at the time.

Stafford, a 13-year veteran of the department, was charged with DUI and possession of a handgun while under the influence.

Email ThisBlogThis!Share to TwitterShare to FacebookShare to Pinterest
Labels: DUI, Tennessee, unlawful possession of weapon
Newer Posts Older Posts Home
Subscribe to: Posts (Atom)
All person charged on this site with a crime are presumed innocent until proven guilty.