A New Orleans police officer was arrested Friday morning after he allegedly refused to wait for an officer to issue him traffic citations, and instead snatched his driver’s license and documents from the officer and fled the scene.

Police said Miller was speeding on US 90-B near Claiborne Avenue.

The truck Miller was driving didn't have a license plate either, police said.

Miller took the St. Charles Avenue exit, and pulled over for the officer at Calliope Street and St. Charles. He allegedly turned over his driver’s license and registration to the officer, but minutes later, snatched his items back from the officer, which injured her wrist, according to the New Orleans Police Department.

Detectives said Miller sped off in his truck and led the officer on a high-speed chase.

During the chase Miller ran a stop sign, drove through a red light, drove at speeds near 90 miles per hour and committed other traffic violations.

The officer stopped pursuing Miller because she believed the chase was a serious threat to the public’s safety, investigators said.

Miller turned himself in to authorities on Friday at the Public Integrity Bureau.

He was placed on emergency suspension without pay.
No comments:

A veteran North Port police officer was arrested Thursday night on charges of sexual battery and false imprisonment, while a fellow officer took his own life before a warrant for his arrest was served.

Police crews were at the North Port home of the late officer Ricky Urbina well into the night, investigating his death.

The veteran police officer was about to be arrested on the same charges as his fellow officer, Michelle Turner.

The investigation into their misconduct, started in early March.

"I had a feeling he was involved. Only because his police car hadn't been here for the past couple weeks. Crazy anything like this goes on in such a small town," a neighbor on Urbina's street told 10 News.

In the heavily redacted affidavit, the victim, (who, in accordance to our 10 News Crime Guidelines, will not be named), claims she was handcuffed by Officer Turner and taken into a bedroom at a birthday party.

That's where the alleged sexual assault involving both officers took place. The details are so graphic, 10 News has chosen not to reveal them.

Urbina was on duty at the time of the party, and Turner was not.

In a press conference today, the Sarasota Sheriff's Office explained there was an agreement in place: If either officer would be arrested, they'd be notified ahead of time. Turner complied and was taken into custody.

Urbina had one request. To be arrested at a location separate from his home, but as detectives were en route to the location, there was a shooting at his home. Urbina was found dead.

The North Port Police Chief is scheduled to hold a press conference at 11:00 a.m. on Friday. 10 News will have more information as it becomes available.
No comments:

A Los Angeles Police Department officer was arrested Friday morning after his personal car crashed off the westbound Pomona (60) Freeway in Diamond Bar and ended up in a McDonald’s parking lot, according to authorities.

The driver was identified as Officer Jonathan Chel, of Fullerton, who remained hospitalized early Friday afternoon.

LAPD officials confirmed Friday morning that the 29-year-old driver is an LAPD officer. The California Highway Patrol confirmed the driver was arrested on suspicion of DUI.

"I'm the first one to respond and all I hear is one person yelling like, 'Oh, there's somebody in there. Do you have anything to break the window?'" McDonald's employee Aaron Morales said. "I had keys in my hand. I sat there for about two minutes just trying to break the window, anything I could, wrap my hand up and just started banging on it."

Morales said that a employee at a nearby gas station had a tire iron that he was about to use to break the window, but then police arrived and assisted the driver.
No comments: 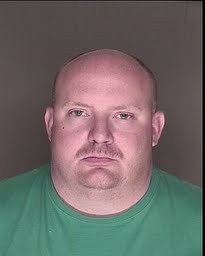 A former Mille Lacs County sheriff’s deputy who volunteered at a summer camp in Otter Tail County  has plead guilty to criminal sexual conduct charges and could face 33 years in prison.

The Bureau of Criminal Apprehension (BCA) led the investigation involving Heuer and identified incidents at two locations in June 2013. According to the criminal complaint, the first incidents took place when Heuer was volunteering as a fishing guide at Lutheran Island Camp in Henning, Minn.  As part of his plea, Heuer admits that he inappropriately touched four male victims, ages 8-10, and instructed them to have sexual contact with him. Additional incidents are alleged to have taken place with two of the victims on a separate fishing trip in Aitkin County that was unrelated to the camp. Investigators believe Heuer knew all of the victims prior to the incidents.

The BCA conducted the investigation with the assistance of the Mille Lacs, Otter Tail and Aitkin County sheriff’s offices and the Otter Tail County, Aitkin County, and Stearns County Attorney’s offices.
No comments: