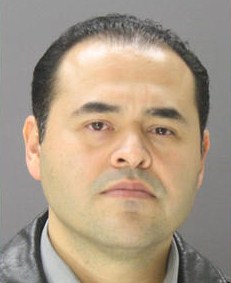 The Dallas Police Department announced that it has arrested and charged one of its own officers with sexual assault.

According to police, on Oct. 6, 2013, Araiza was off-duty at a bar in Dallas when he unintentionally met a female acquaintance who was accompanied by another woman. All three decided to leave the bar and later drove to Araiza's home, police said.

The woman stated that she did not consent to any sexual contact with Araiza, police said.
An internal affairs investigation determined that Araiza engaged in sexual conduct with the woman without her consent.

Araiza has been terminated. He had been an officer with the department since 1995.
He was arrested and charged with sexual assault.
No comments: