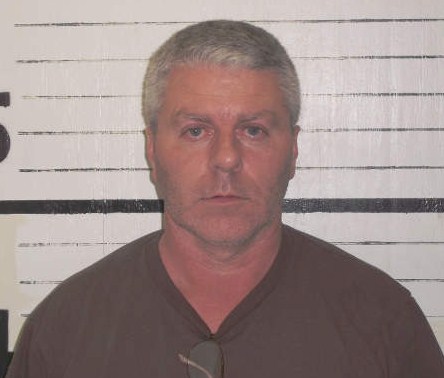 A reserve police officer for the town of Gore has been jailed on a complaint of first-degree arson.

Charles Shamblin, 45, of Webbers Falls, is being held in the Muskogee County jail after a warrant was issued for his arrest Tuesday.

According to court documents, Shamblin caused a domestic disturbance by bringing a can of gas into his home and telling his wife and daughter he was going to "burn the house down" on March 31.

Shamblin allegedly had already started one fire while his wife and daughter were inside the Webbers Falls home when he used a cigarette lighter to set a pillowcase and shirt on fire, according to a court affidavit.

Shamblin has been suspended as a reserve officer pending the outcome of these allegations, according to Gore Town Administrator Horace E. Lindley.

He is set to appear in court April 17 for a sounding docket in Muskogee County.
No comments:

Email ThisBlogThis!Share to TwitterShare to FacebookShare to Pinterest
Labels: Arson, Oklahoma
Newer Posts Older Posts Home
Subscribe to: Posts (Atom)
All person charged on this site with a crime are presumed innocent until proven guilty.