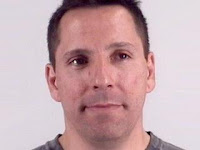 A Fort Worth police officer was charged Friday with driving while intoxicated while off duty after being arrested last weekend by a Tarrant Regional Water District officer in northwest Fort Worth.

Guillermo "Bill" Hernandez, 40, has been placed on restricted duty -- he is not allowed to carry a badge or gun -- until an internal investigation is complete, said Lt. Paul Henderson, a police spokesman.

Hernandez could not be reached to comment Friday evening.

According to an offense report, the water district officer was traveling west on Texas 199 behind Hernandez's pickup about 2 a.m. May 17 when he saw the driver swerve onto the shoulder and back into his lane more than once and saw him run a red light while turning onto Boat Club Road.

The report stated that the officer tried unsuccessfully to reach police from the jurisdictions the pickup went through but eventually pulled it over himself on Reef Point Lane after seeing the truck nearly strike another vehicle.

The officer reported that a strong odor of alcohol came from the pickup's cab and Hernandez's breath, and that Hernandez's speech was slurred. Hernandez told the officer that he was heading home from a bar on Camp Bowie Boulevard and that he had shifted lanes because he and his girlfriend, a passenger, were fighting, and that the wheel had been jerked around, the report states. Hernandez said he was unaware that he ran a red light and apologized, the report stated.

A Tarrant County sheriff's deputy arrived and supported the officer's observations about the smell of alcohol and Hernandez's red, watery eyes and slurred speech.

While waiting for a Fort Worth police supervisor to arrive, "Hernandez also stated that he had done many good things and that the good things should outweigh the bad and that I should show some professional courtesy," the water district officer noted in his report.

Hernandez was booked into the Tarrant County Jail but was released after posting $500 bail.

Hernandez first joined the Police Department in 1994 but left to pursue a career in federal law enforcement after attaining the rank of sergeant. He was rehired as a Fort Worth officer in 2006.
3 comments:

Email ThisBlogThis!Share to TwitterShare to FacebookShare to Pinterest
Labels: DUI, Texas
Newer Posts Older Posts Home
Subscribe to: Posts (Atom)
All person charged on this site with a crime are presumed innocent until proven guilty.