As a result of an investigation requested on July 28 by Newnan Police Chief Douglas Meadows, a Newnan PD officer was arrested yesterday by the GBI on child molestation charges.

The arrest of Todd Lengsfeld, 34, an 11 year veteran with Newnan PD, was based on his alleged sexual relationship with 15-year-old female. The investigation was conducted by agents in the GBI’s Columbus Regional Office
1 comment:

A federal judge says Oakland police used excessive force during the arrest of a home care worker and has ordered the city and three officers to pay the man nearly $200,000.

U.S. Magistrate Maria-Elena James ruled Monday that Officer Michael Cordoza's use of a choke hold and bent wrist lock on Uganda Knapps on Aug. 10, 2004, was unnecessary.

James also said Officer Francisco Rojas and Sgt. Jim Kelly did nothing to stop Cordoza and were involved in a subsequent fabricated police report.

Cardoza maintained he used force after seeing Knapps hit a resident of the mental health facility where he worked.

An Oakland police spokesman referred comment to the city attorney's office, which says it plans to discuss the decision with the city council.
No comments:

Authorities said Christopher Thomas, 33, was clocked going 149 mph on Interstate 70, east of Columbus, where the speed limit is 65 mph.

Thomas has been on injured leave from the Gahanna police department since last December after he slipped and fell on ice. Thomas continues to receive pay and benefits, including vacation time.

Thomas was riding with two other people.

An OSP radar plane clocked the motorcyclists allegedly going those speeds Sunday, June 28, and troopers made the traffic stop.

A third motorcyclist also was part of the group but was not clocked on radar and was not ticketed.

Four days after the stop, troopers issued Highsmith a ticket, and eight days later Thomas was issued a citation.

Branstool sentenced Thomas to a $150 fine and six-month license suspension.

Highsmith entered a plea of not guilty before Branstool Wednesday, July 8.

Branstool said the lack of charges didn’t matter and that he could use his discretion to suspend Highsmith’s license for as much as three years for driving in reckless circumstances.

God I bet that felt fucking great! The rush of 149mph wind pressing against a persons body, would leave you feeling almost breathless.
As long as they did it in a place where there wasn't much traffic, I see no problem with what they did. They were trained officers just trying to unwind a bit.
No comments:

Officer Michael Gonsalves Investigated for Sending Photo of a Penis

A Falmouth police officer is being investigated for sending an obscene text message.

Officer Michael Gonsalves, 40, allegedly text-messaged a photo of a penis to a woman.

According to the Cape Cod Times, he admitted to sending the photo, but said that it was a joke he forwarded to the woman.

He also said that it was not a photo of his private parts, the paper reported.

The 18-year veteran is now on paid administrative leave, and faces a disciplinary hearing later this month.

The hearing will also address other disciplinary issues involving Gonsalves. In 2005, he was disciplined after an altercation with another officer. He has also filed a racial discrimination complaint against the department.

The allegation against Gonsalves comes just months after Falmouth police made national headlines for charging six teenage boys with distributing child pornography for texting nude photos to their classmates. The practice is known as sexting.
___________________________

Let's compare penises!I demand side by side photos!
No comments: 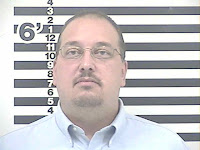 A former employee of the Rogers County Sheriff’s Office has been arrested and charged with the crime of sexual battery.

Gary C. Handley, 42, of Broken Arrow, was booked into the Rogers County Jail Wednesda on one count of Sexual Battery. Handley turned himself in, accompanied by his attorney. Immediately upon being booked into the jail, Handley’s attorney secured his release on the $10,000.00 bond.

“This is disheartening,” said Sheriff Walton.

Walton said he was disappointed over the alleged incidents and said, “…this kind of behavior is completely unacceptable from any agent of law enforcement and it absolutely will not stand inside the Rogers County Sheriff’s Office. “

Handley was a deputy sheriff assigned to the courthouse security detail during the alleged offense which surfaced in May.

On August 3, 2009, a criminal arrest warrant was issued through Mayes County for the arrest of Handley by Judge Erin O’Quinn under the case number of CF-2009-442.

A veteran San Francisco motorcycle officer has been charged with groping a longtime friend while in uniform, authorities said today.

Jeffrey John Sung, 42, was charged with one count of sexual battery and one count of false imprisonment without violence, both misdemeanors, for March 21 incident in which he allegedly grabbed a woman at her Broadmoor home, said Steve Wagstaffe, San Mateo County's chief deputy district attorney.

The alleged victim had recently separated from her spouse, and both she and Sung were drinking, Wagstaffe said.

Sung is accused of grabbing the woman, pulling her to him and then talking to her about having sex, the prosecutor said. She tried to leave, but he wouldn't let her go, Wagstaffe said.

The woman was able to break free and call a family member. Sung left on his police motorcycle, Wagstaffe said.

Sung was charged with misdemeanors because the alleged contact occurred through their clothing, Wagstaffe said. The officer is due to appear in San Mateo County Superior Court on Wednesday.

"People have an expectation that officers will conduct themselves without even any gray at all when it comes to obeying the law," Wagstaffe said. "When they violate that, they violate not just the law but the trust the public puts into them."

Sung's attorney, Frank Passaglia, said today that his client has had a stellar 18-year record with the department and that the incident did not amount to criminal conduct.

"That's all they are so far - allegations," Passaglia said. "We're certainly going to take the position that this is a misunderstanding of sorts."

Sung has known the alleged victim for 22 years, he said.

Sung has been reassigned to a desk job, Passaglia said.
No comments: