A Palm Beach County Sheriff's Office deputy was arrested Friday, accused of smuggling pornography into the juvenile section of the county jail.

Robert Kijanka, 39, was charged with one count of smuggling contraband into a detention facility and three counts of contributing to the delinquency of a minor.

According to the arrest report, an 18-year-old inmate at the jail told detectives Kijanka, who is responsible for the juvenile dorm at the main detention center, brought a pornographic DVD into the jail and showed it to inmates in a classroom.

The juveniles described the DVD as "naked men and women having sex," according to the report.

Inmates said Kijanka also showed them a picture on his cell phone of his girlfriend wearing only her bra and short pants.

One of the inmates told detectives watching the DVD made their day "go by smoother," the report stated.

Detectives said Kijanka admitted to showing the DVD to inmates.

"Was it stupid on my part? Yes, it was," Kijanka told detectives, the report stated.

Kijanka was released on $3,000 bond and has been placed on paid leave.
No comments:

Email ThisBlogThis!Share to TwitterShare to FacebookShare to Pinterest
Labels: contributing to delinquency of minor, Florida 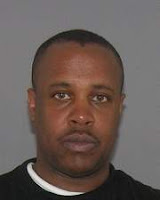 Cincinnati Police Officer Julian Steele was arrested Friday afternoon, charged with coercing oral sex from the mother of a child he is accused of falsely booking into Hamilton County’s juvenile jail.

He was charged with sexual battery, a felony.

Steele, 46, of Springfield Township is accused of forcing the woman “knowingly and by means that would prevent resistance by a person of ordinary resolution.”

The incident is alleged to have happened May 14.

Steele will be arraigned today SAT and his case most likely will go to the grand jury next week, said Kathy Harrell, president of the Fraternal Order of Police. She does not know what plea he will make.

Steele, an officer since 1998, was stripped of his police powers and put on desk duty this week as an investigation by the Hamilton County prosecutor’s office proceeded. He turned in his badge and gun on Tuesday and was reassigned from District 5’s investigative unit to the telephone reporting unit.

Harrell said earlier this week that Steele said he had probable cause to make the juvenile arrest.

Steele’s personnel file contains several commendations from citizens and one reprimand for a 1999 traffic stop. His job evaluations classify his overall performance as “exceeds standards.”

“His beat knowledge was a tremendous asset and his input helped with the arrests of key leaders of the Taliband CQ Gang operating in Northside,” one of his supervisors, Sgt. Matthew Hassert, wrote in his latest evaluation dated Jan. 11.

That roundup of those gang members was the largest of its kind in the history of the Police Department, Hassert noted.

Sexual battery is a felony carrying a maximum prison sentence of five years.
No comments:

A Dayton police officer has been indicted on more than 20 felony counts on allegations he illegally sold impounded cars.

Phillip Brooks, 43, was indicted today, May 21, on charges including grand theft, forgery, and tampering with evidence.

Brooks is accused of using the police database to find the owners of impounded cars, forging fake documents, and selling the cars in his name. Investigators said he has been doing it for at least four years and they found out about the scam when one of the vehicle's legitimate owners tried to reclaim a car.

Brooks could get up to 59 years in prison if convicted.

Brooks was booked into the jail April 9 for contempt of court when he refused to submit a handwriting sample in connection to the case. He was released several hours later when he provided the sample.

Brooks was removed from his patrol position last month when the case emerged. He's scheduled to be arraigned June 4.

Information from the Dayton Daily News was used in this report.
No comments:

Email ThisBlogThis!Share to TwitterShare to FacebookShare to Pinterest
Labels: contempt of court, forgery, Grand Theft, Ohio, tampering with evidence, unauthorized use of database

Officer Jason Anderson took the stand in his own defense Wednesday in the wrongful death of Fong Lee. Lee’s family claims their son wasn't armed, and that a gun found on him was planted by police in what's known as a "drop gun."

Anderson said as he came around the corner he had his gun up, pointed at Lee. He says Lee was holding a gun in his right hand, then fell to the ground after the shooting, but raised the gun again.

Trooper Craig Benz was Anderson’s partner that July night three years ago. The two had never met before. Benz testified he also saw Lee with a gun, but didn't see the actual shooting, as he was several steps behind Anderson.

Anderson testified he didn't approach Lee or the gun after the shooting.

Last week former Chicago Police Commander Jon Burge was in the news again, narrowly avoiding testifying in the case of a convicted murderer who says Burge’s underlings tortured him. Burge allegedly performed and oversaw the torture of dozens of individuals in Chicago police custody during the 1980’s and was arrested by U.S. Attorney Patrick Fitzgerald last October for obstruction of justice and perjury. What’s all this cost the city of Chicago in settlements?

About $20 million, so far, to four of the more than 100 men who claim they were tortured.

Chicago Alderman approved settlements totaling $19.8 million in January of 2008 to four men who claimed they were tortured by Burge or his officers: Aaron Paterson received $5 million for being convicted of murder by a confession allegedly obtained by torture, Stanley Howard received $800,000 in restitution and another $1 million for attorney fees, Leroy Orange was paid $5.5 million for his 19 years in prison, and Madison Hobley received $1 million up front then another $6.5 million after being acquitted of his arson charge.

With this gesture, Mayor Daley and the City Council hoped to close a “tragic chapter” in Chicago’s history. And they did, as far as the Mayor is concerned. The $19.8 million settlement came with some strings attached: the plaintiffs would not name Mayor Richard Daley as a defendant in a civil rights, obstruction of justice, and racketeering conspiracy case; they wouldn’t pursue Daley’s deposition; they wouldn’t criticize Daley in any public statements made in connection with the settlement; and the above terms would remain secret and would not be put in the written agreement.

But this money has only been paid out to 5 of the dozens of alleged torture victims. The statute of limitations has expired on the most gruesome of Burge’s alleged crimes, making it increasingly unlikely that the remaining accusers will have their day in court.

Because Burge was never convicted, or even formally charged, in a criminal torture case, these alleged victims face what the Chicago Defender describes as an uphill legal battle in seeking their share of compensation from a civil suit. Attorney General Lisa Madigan’s office took on 25 cases of alleged torture in 2003. Since then, over 11 have been resolved. Most alleged torture cases have resulted in pardons.
No comments: