Officer Gilbert Melendez was arrested on suspicion of assault against a family member, according to jail records.

Sgt. Chris Mears, a spokesman for the El Paso Police Department, confirmed Melendez is an officer with the police department and had been placed on "administrative duty pending the outcome of an internal investigation." 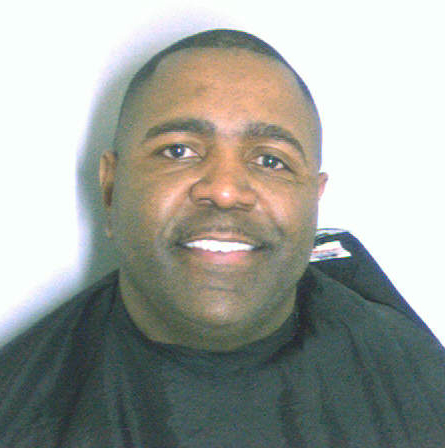 A DeKalb County police officer turned himself in Friday on accusations he illegally charged a man with having marijuana during a 2012 arrest.

Officer Demetrius A. Kendrick was indicted Thursday by a DeKalb grand jury on the charge of violation of oath by public officer, authorities said.

A DeKalb Superior Court judge set a $10,000 bond for Kendrick, who was given 24 hours to turn himself in to the DeKalb County Jail, authorities said.

If convicted, he faces up to five years in prison, prosecutors say.

In March 2013, Kendrick was placed on restrictive duty, which means he was off the streets, police said. He is now on paid administrative leave pending the outcome of an internal investigation, police said.

Prosecutors say Kendrick, a five-year DeKalb cop, wrongfully arrested Eleby on July 6, 2012, and charged him with marijuana possession even though the officer knew Eleby didn’t have drugs on him.

On July 6, 2012, Eleby stopped to talk to someone inside a black SUV parked at the Chevron gas station on North Hairston Road.

Police officers claimed they smelled marijuana and arrested the person in the vehicle, according to police reports obtained by The Atlanta Journal-Constitution.

Eleby’s attorney Mark Bullman said his client was detained and strip-searched, but no drugs were found.

Video of the incident shows a female officer stand over Eleby and watch him while other officers search the SUV.

The video shows Eleby protesting what he sees the officer do and the officer puts him in a choke-hold while other officers look on.

In his report, Kendrick said that while arresting the driver of the SUV, “I observed Mr. Eleby throw a small piece of a green leafy substance behind him.”

Bullman argued that Eleby had no way to throw anything.

“My client had his hands on his knees as he was instructed and all of his pockets were rabbit-eared,” Bullman said. “They’d searched in his crotch and reached inside his underwear and found nothing. Where was he going to hide drugs?”

The DeKalb County Solicitor-General’s office dropped the charges against Eleby in March 2013, but not because of anything on the video.

According to court records, police couldn’t find the marijuana Eleby was accused of having in time to be tested and used at trial.

Police said an internal investigation into Kendrick’s conduct was started early this month.

Bullman lamented what he sees as a delay.

“It is disturbing, at best, that it took almost two years after the clearly unconstitutional and illegal actions of Officer Kendrick for the DeKalb County Police Department to initiate an internal investigation into this matter,” he said. “They have had clear, independent evidence of Kendrick’s crimes for the balance of this time, during which Mr. Eleby was under threat of criminal charges the county knew to be false.

“Nevertheless, we were pleased to learn (DeKalb County Public Safety Director Cedric) Alexander directed that an investigation be initiated.”
No comments:

Email ThisBlogThis!Share to TwitterShare to FacebookShare to Pinterest
Labels: Georgia, Marijuana, violation of oath of office
Newer Posts Older Posts Home
Subscribe to: Posts (Atom)
All person charged on this site with a crime are presumed innocent until proven guilty.