The second in command of a small Brunswick County police force paid a teen $60 for sex acts, an arrest warrant detailed Wednesday.

Michael Alan Hayes, 38, a lieutenant with the Northwest Police Department, surrendered to police Wednesday morning on charges of solicitation of a minor for sex and filing a false police report. He has since been released.

According to the warrant, Hayes contacted the girl via Craigslist.org and met with her Nov. 27.

The warrant also charges that on the same day, Hayes filed a false report with the Brunswick County Sheriff's Office "concerning the sources and circumstances of the damage to the vehicle" he was operating. The warrant alleges Hayes' false report prevented a deputy from fully investigating "the cause of bullet strikes to the vehicle."

According to the Brunswick County Sheriff's Office, Hayes reported he was driving his personal vehicle along River Road near Sunny Point on Nov. 27 when someone shot at his car. Hayes reported finding a dent in the body of the vehicle and a hole in his tire.

How that relates to the prostitution charge was not immediately clear.

Hayes, an eight-year veteran of the Northwest Police Department, tendered his resignation to Chief Copelan Taylor on Tuesday, Taylor said.

"I have some issues I need to attend to in my personal life," Hayes wrote in the two-sentence resignation provided to the StarNews by Taylor.

The chief said the N.C. State Bureau of Investigation contacted him Saturday to say that Hayes was being investigated. Taylor said he put Hayes on 30 days of paid leave that night.

According to Jennifer Canada, spokeswoman for the SBI, the investigation into Hayes followed a request from the Boiling Spring Lakes Police Department, which recently arrested two men in connection with a prostitution investigation that began there in November 2012.

On May 4, Boiling Spring Lakes police arrested Kyle Bradley Wolfe, 20, and Shawn Christopher Conley, 20, on charges of prostitution of a minor.

Boiling Spring Lakes Police Chief Brad Shirley said at the time of the arrests the investigation involved advertisements on the Internet via different social media websites. The warrant for Hayes names the same 17-year-old girl as the warrants for Wolfe and Conley.

Hayes has a misdemeanor death by vehicle conviction on his record from May 1991 in New Hanover County.

According to an article in the Wilmington Morning Star, Hayes was 16 when the car he was driving ran into the back of a vehicle on Gordon Road. His 14-year-old girlfriend, Jennifer Allen, was killed and two others – Sharon Shivar, 15, and Kevin Francis Dwyer, 16 – were injured. The group was on the way to school at Laney High, the article states.

Hayes was convicted of the misdemeanor in August 1993.

Chief Taylor said he was unaware of the incident, but it would not have prevented Hayes from becoming a police officer.
No comments: 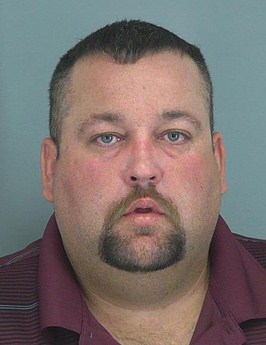 A former Wellford police officer was arrested Tuesday by state agents after they said he sexually and physically abused a vulnerable adult.

The State Law Enforcement Division said between July 1, 2012 and Jan. 1, 2013, 32-year-old Bennie Hand sexually battered and physically abused the victim, who suffers from a mental condition impairing her from providing her own care or protecting herself.

During the abuse, SLED said Hand worked as a Wellford police officer.

Wellford Mayor Thomas Watson said the city received a complaint about the allegations made against Hand and called in SLED to investigate. He was placed on administrative leave when the investigation began and was fired following his arrest, Watson said.

Hand was arrested on charges of misconduct in office, criminal sexual conduct third degree and abuse of a vulnerable adult.

State agents were called in to investigate at the request of Wellford police and the 13th Circuit Solicitor's Office will prosecute the case.

Hand is being held at the Spartanburg County Detention Center.
No comments:

A Farmington Hills police officer has been suspended without pay after investigators say he was drinking and driving.

Officer Kristopher Landis has been with the Farmington Hills police department for 7 years.

On the night of March 10, police in South Lyon say Landis crashed his Buick into an unoccupied parked car on South Parkwood Drive.

The owner of the car said his car was totaled.

According to the police report, Landis told investigators he was driving home when he hit the other car. The report says Landis' "speech was greatly slurred" and there was a "very strong odor of intoxicants on his breath".

Documents show Officer Landis had a blood alcohol content of .17 which is more than twice the legal limit of .08.

A second test showed he had a blood alcohol content of .15. Officer Landis says he plead guilty to drinking and driving. He gave this statement to 7 Action News:

"I was going through an extremely hard time in my life. I made a mistake. I'm grateful
no one was hurt. I've learned from it. I'm using it to better myself as an officer and a person.

I'm extremely grateful for all the support from my immediate family and my brothers
at the police department."

We reached out to Farmington Hills Police Chief Chuck Nebus. He says Officer Landis is a good officer with a good record. As for when Landis could be back on the force, Chief Nebus said he can't legally comment since the internal matter hasn't been resolved yet.
No comments:

A Williamson Police officer is suspended without pay after State Police charged him with driving under the influence.

Jefferson Taylor III, 23, was charged with DUI and leaving the scene of an accident after troopers in Pike County, Kentucky say he crashed his cruiser before 4 a.m. Tuesday, according to court documents.

Williamson Police Chief Dave Rockel told us his department is conducting an internal investigation into the matter which will coincide with the Kentucky State Police investigation.

Rockel also noted how surprised he was because Taylor is an educated and very promising officer.
No comments:

Email ThisBlogThis!Share to TwitterShare to FacebookShare to Pinterest
Labels: DUI, Kentucky, leaving the scene of an accident 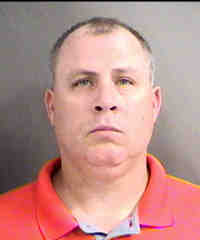 The Charlotte-Mecklenburg Police Department arrested one of its own Wednesday.

Detectives arrested Officer Jeffrey T. Taylor after he turned himself in Wednesday evening.

Taylor is charged with obtaining property by false pretense, stemming from a criminal investigation which concluded Taylor falsified time sheets while working a secondary, off-duty job at the Arboretum Shopping Center between October 2012 and January 2013.

"The actions of this officer do not reflect the character of the dedicated men and women that wear the badge of the CMPD with honor.

The public deserves to know that the officers sworn to protect our community are of the highest integrity. We will continue to hold our officers to the highest standards and accountable for their actions."

Taylor is now on unpaid administrative leave pending a criminal and internal investigation. He was hired by the CMPD on April 26, 1989. He was assigned to the Metro Division and worked as a school resource officer at Phillip O. Berry High School.
No comments: