An Aurora police officer who was arrested for drinking and driving and speeding in Wyoming early this month has resigned from the force, officials announced Monday.

Officer Bradley Bickett was arrested in Goshen County, Wyoming on Aug. 10 after witnesses reported him driving recklessly in his marked police cruiser while a passenger threw trash -possibly beer cans- from a window.

Gerald Kirby, also an Aurora officer, was cited for littering.

Both were on their way to the funeral for one of two officers who were recently killed in Rapid City, South Dakota.

"It is unfortunate that a 31-year career of service in law enforcement was destroyed by a single day of poor judgment," said Chief Daniel J. Oates of Bickett’s resignation.

"I thank Brad for his decision. He made the honorable choice to retire. He has accepted responsibility. His apology will mean a great deal to his colleagues in the Department and will help put this unfortunate event behind us.”"

A District of Columbia police officer was charged Tuesday with scamming an elderly woman she was assigned to help, authorities said.

Sgt. Aisha Hackley was arrested on a theft charge at the police department’s Second District headquarters, where she works. The 35-year-old was released on personal recognizance and is due back in court later this month.

Hackley forged the signature of an 85-year-old woman she met last December during a fraud investigation, depositing 10 checks from the woman’s Bank of America account that totaled more than $43,000, according to court charging documents. Eight of the checks were made payable to Aisha Jackson, which authorities say is another name for Hackley, and two were written out to Kevin Jackson, her son.

The older woman contacted Bank of America on or about May 31 after noticing a series of suspicious checks charged against her account. She later told a fraud investigator that the signature on eight of the checks was not hers, that she would not have authorized the checks for the amounts written and that she did not know Aisha Jackson or Kevin Jackson, according to court records.

Hackley, when questioned by a bank investigator, said she had met the woman last December after the woman reported being a victim of a lottery scam. Hackley visited the woman’s home several times over the next few months and even helped her open a new PNC Bank account, the documents say.

Hackley’s attorney, Kenneth Auerbach, did not immediately return a call seeking comment. D.C. police spokeswoman Gwendolyn Crump said Hackley’s police powers have been revoked and that Hackley came under investigation after the Internal Affairs Division received a tip from a police officer in April.
Hackley’s next court date is June 30.

Hackley was recognized in December 2003, at the Capital Hotels Award Metropolitan Police Service Award Luncheon, for arresting two teenagers who were in a stolen car after she saw the vehicle make an illegal turn.
No comments: 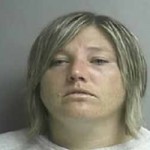 Officer Robyn L. Obadal, 36, was arrested on suspicion of third-degree burglary around 10 a.m. Thursday at police headquarters. She is accused of taking two dogs from a vacant house at 1201 10th St. NW on Saturday.

Obadal, a police officer in Cedar Rapids since 1997, was taken to the Linn County Jail, where she was booked and released on a promise to appear in court on Aug. 10. She has been placed on unpaid administrative leave, pending an internal investigation.

Officer Melissa Henderson, a police spokeswoman, said investigators believe Obadal took the dogs between 8 a.m. and 9 a.m. Saturday while she was on duty. Homeowner Chad Ramey reported the burglary around 4:10 p.m. that same day.

“I did not break into a house, and I didn’t steal somebody’s dogs,” Obadal said. “Anybody who knows me knows I always do the right thing. I don’t do the wrong thing.”

Obadal said she was on routine patrol Saturday morning when a woman on a bike stopped her and told her about two loose dogs. Obadal said one of the dogs was loose by the property, and the other was circling near the neighbor’s fence. Both were filthy, she said.

Obadal said she went onto the porch of the house, which was damaged in the 2008 flood, and saw that the dogs had gotten loose from their kennel.

“There was no way I could put them back into the kennel they came out of,” Obadal said. “It was in unsanitary condition.”

Instead, Obadal said she stretched her emergency blanket over the back seat and got the dogs in her patrol car.Dogs jump in a kennel at 1201 10th St. NW last week before Cedar Rapids police officer Robyn Obadal was accused of stealing them. Obadal said she took the photo to show the unsanitary conditions the dogs were living in and e-mailed it to animal control.

A few minutes later, she said a man came up to her car and said he would take the dogs and get them back to the owner, who he claimed to know. Obadal said she did not ask for man’s name, but agreed to let him have the dogs, which she said was acceptable practice when handling a loose dog call.

“I was covered in dog feces from head to toe, and my back seat was disgusting from the dogs,” Obadal said. “I had one thing on my mind, and that was getting home to wash up my uniform, wash off and scrub the back seat of my car.”

Obadal said she did not notify dispatchers while she was out with the loose dogs, but did go on the radio to say she was stopping at her residence to clean up. She said doesn’t know what the man actually did with the dogs, but thinks he might have been setting her up.

“What I believe is that someone in the neighborhood went over and let the dogs out, and just by chance, I pulled up and they were running loose,” Obadal said. “So I took the blame for the dogs being let loose…

“I was the perfect scapegoat.”

“Animal Control found them over off of Ellis,” Ramey said. “They magically appeared the next day, after the burglary report was filed.”

Ramey, 27, said he kept the dogs in a kennel behind the house. He said he bought them in Texas, where he was serving in the Air Force, before coming home and buying the house in mid-2009. He said he is repairing the house so he and his wife can move in.

Ramey said he previously kept the dogs at his mother-in-law’s house, but built the kennel for them after it got too crowded there.

“I come over and feed them, clean it, and all that every day,” he said. “They get checked on every single day.”

“I was advised that disciplinary action could be taken even prior to going to court,” Obadal said. “I expect to be fired.”

Obadal’s arrest is the third embarrassing development for the Cedar Rapids Police Department since May. K-9 unit Officer Wayne Handeland, a 21-year-veteran, resigned after his squad car ended up at a Marion bar on May 5. Witnesses told SourceMedia Group he arrived at the bar in the squad car with two women, and appeared intoxicated.

Police conducted a seven-week internal investigation before Handeland stepped down.

Undisclosed disciplinary action was taken against another officer after he was photographed asleep in his squad car on the morning of May 10. The officer’s name was never released.

“Obviously, these are isolated incidents,” said Henderson, the police spokeswoman. “As a whole, I don’t think it’s a true reflection on the department. There are a lot of good things that happen here and a lot of good officers here. Unfortunately, we’ve had a run of bad incidents here.”
No comments: 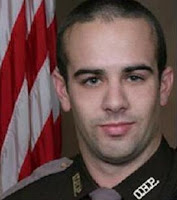 Venable resigned from OHP back in July following an internal investigation into allegations that he had taken an intoxicated underage female into custody for DUI and then drove her from Oklahoma City to a residence in Guthrie to have sex.

Venable, who is due in a Logan County Courthouse at 1:30pm today, if found guilty could face up to fifteen years in prison.

Email ThisBlogThis!Share to TwitterShare to FacebookShare to Pinterest
Labels: Oklahoma, rape
Newer Posts Older Posts Home
Subscribe to: Posts (Atom)
All person charged on this site with a crime are presumed innocent until proven guilty.