A Cambridge man has filed a complaint with Massachusetts state police accusing three troopers of brutality during a traffic stop in Watertown last month.

Twenty-five-year-old Michael Dodd says he had to go to a hospital to get treatment for a broken wrist and multiple abrasions and contusions after he posted bail at the state police barracks in Brighton on April 29.

Dodd says he was on his way home after working late at his family's restaurant when a trooper pulled him over for a cracked tail light. He says two more troopers arrived, and he claims the three officers beat him with their feet, fists and flashlights. 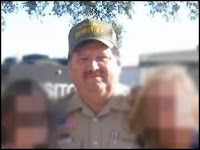 A Kenner police detective's race to find a 13-year-old girl he thought was about to be molested ended in the arrest of a reserve East Baton Rouge Parish sheriff's deputy.

It turned out the girl did not even exist. Instead, police say, the deputy himself was going online and pretending to be that girl, even sending out nude photos of her. The reserve deputy, Kevin R. Duke, 51, of Greenwell Springs, was arrested on charges of possessing child pornography.

When they arrested the man in that particular case, McGraw says the man confessed that he had also been chatting online with a 13-year-old girl in Baton Rouge who had sent him nude pictures of herself. McGraw said he immediately began searching for that girl. "We thought we were trying to find a real little girl to save her from being molested," the detective said. Detectives say they determined the photographs of that 13-year-old girl were being sent from Duke's home in Greenwell Springs, just outside Baton Rouge.

A former Greenville police officer has been found guilty of the sexual battery of a 14-year-old girl who became pregnant.

Roberson was arrested in July 2007. He responded to a call from the child's mother that her daughter had run away. Roberson assisted in locating the juvenile and transported the then 14-year-old to the police department where she was booked.

The sexual act occurred when Roberson was transporting the teenager back home. 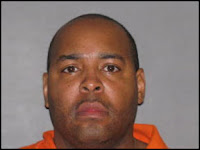 Sheriff's officials say Jemal Barker, 40, of Denham Springs will be charged with aggravated rape and malfeasance in office by sexual misconduct.

Barker allegedly forcibly raped an inmate on Sunday using his stun gun as a weapon.

A fellow deputy notified the administration of the alleged abuse.

An investigation was conducted, and the deputy was fired prior to his arrest.

Officials say Barker had been employed with sheriff's office since October 2007.