The charges stem from an event that allegedly occurred on Saturday between Bridges and his girlfriend on March 3.

The woman appears to have escaped the situation by jumping out of a window and running to a nearby restaurant while wearing barely any clothing. An employee at the restaurant tells Isom the woman was only wearing a shirt and her face was "a little bit beat up." Employees gave her some clothes to cover up and called for help.

Prosecutors say Bridges was off-duty when the alleged incident occurred, and both had been drinking. An argument began and, at some point during the argument, Bridges fired a handgun into the air and punched and kicked the victim's face and body.

Bridges was arraigned on Wednesday and a judge set his bond at $5,000. He was ordered to have no contact with the victim and to not possess or purchase firearms.

He is scheduled to be back in court March 13.
No comments:

A Louisiana police chief and an officer are now on the other side of the law.

According to state police, a man says the pair came to his home in March -- and threatened to hurt him if he didn't pay back a personal loan.

He says White threatened to arrest him for theft, and on his orders, Armstead took him into custody.

The man was later released without being charged.

According to state police, the whole thing was caught on camera.

Both the chief and the officer are charged with malfeasance in office and false imprisonment.

Additionally, the chief is charged with extortion. 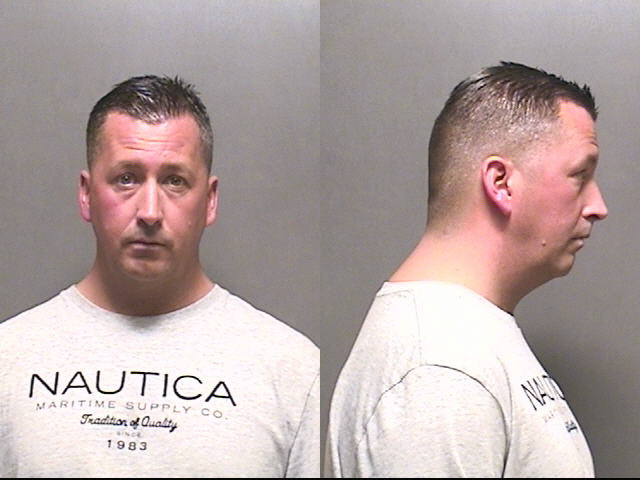 A Greenfield police officer is accused of trying to bribe other officers to pull over his ex-wife.

Police say he offered two McCordsville police officers a $200 steak dinner to pull over his ex-wife because her driver’s license is suspended.

Austin is now on administrative leave.

Email ThisBlogThis!Share to TwitterShare to FacebookShare to Pinterest
Labels: bribery, Indiana, misconduct
Newer Posts Older Posts Home
Subscribe to: Posts (Atom)
All person charged on this site with a crime are presumed innocent until proven guilty.