Officer Jackie Neal Rapes Teen in Back of Squad Car 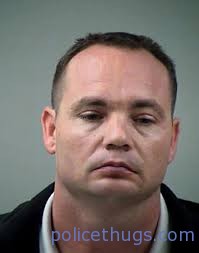 Police said the 11-year veteran pulled the victim over on the south side and managed to get her to stand behind his squad car. San Antonio police Chief William McManus described the events that followed as “unthinkable.”

An investigation was opened after the victim contacted police. According to a statement issued by the department, Neal was taken into custody by SAPD Special Victims’ Unit detectives after officers pulled him over around 2 a.m. Saturday. He was arrested on a warrant for sexual assault, a second-degree felony.

“I am angry. I am outraged. It’s a punch in the eye to the police department, this kind of conduct,” McManus said. “We won’t tolerate it for a second. And I think the swiftness of the investigation and the arrest is indicative of that.”

Neal has been placed on administrative leave with pay, in accordance with department protocol. If indicted, the pay would cease. He was released from custody Saturday morning at 7:25 a.m.

He was suspended in September, according to an agenda for the San Antonio Police and Firefighter Civil Service Commission, but circumstances surrounding that suspension have not been made clear.
No comments: