A man who died after Tucson police shocked him with a Taser stun gun has been identified as a resident of Kentucky.

Police say Gary A. Decker died several hours after officers trying to subdue him shocked him with a Taser stun gun. They gave no city of residence.

Officers were called to the 50-year-old's downtown Tucson hotel room early Thursday because staff heard loud banging and music coming from his room. Sgt. Mark Robinson says they used a pass key to get inside after he wouldn't open the door.

They found the room ransacked, furniture broken and a nude Decker holding a toilet seat he had ripped from the commode. They used a Taser but it had no apparent affect and they eventually wrestled him to the ground.

Two people are suing Modesto in separate lawsuits claiming they were roughed up by police while being arrested at downtown clubs.

One case centers on Wendell Jamon Jones, a San Jose attorney, who says police used excessive force to arrest him as he left a 10th Street club as the 2005 X-Clamation Festival wound down. His case heads to trial May 4 at the U.S. District Court in Fresno.

The other comes from Margaret Shepherd, a Stockton mother who was caught up in an altercation at another 10th Street bar while she celebrated her son's 21st birthday in January 2007. Her case is moving through the same court.

The city says Jones and Shepherd resisted arrest and that police acted within the scope of their authority.

"The city's position has been that there was probable cause to arrest in both cases, and any force that was used was lawful and reasonable," said Jim Wilson, Modesto senior deputy city attorney.

Jones and Shepherd are seeking seven-figure payouts in punitive damages. The cases highlight the city's liability in policing downtown clubs.

"When you're dealing with people under the influence of alcoholic beverages, they become unpredictable," said police Sgt. Brian Findlen, department spokesman, who was speaking in general terms.

Jones, 39, says that police acted inappropriately while trying to empty out the Palladium nightclub in the early hours of July 24, 2005. He was there with friends after watching performances at the outdoor X-Fest.

By his telling, and accounts from a bouncer and four other witnesses, police aggressively sought to clear out the bar about 1:30 a.m. Jones and the witnesses say he was talking with a bouncer and not drinking when then-police Sgt. Adam McGill struck him. Jones contends he put his hands in the air and said, "What did I do? I didn't do anything."

Hit in the abdomen, leg

Officers counter that they were moving patrons out of the club and perceived Jones as not complying with their requests. They say Jones pushed McGill first, though Jones' friends wrote they didn't see that.

Officers struck Jones in the abdomen and on his right leg with a flashlight and baton when they determined he was resisting arrest.

A key piece of evidence in the trial is expected to be a video of the incident taken from inside the club. Jones was charged with misdemeanor offenses of assaulting a police officer and resisting arrest. In August 2007, he pleaded no contest to an infraction of fighting in a public place.

He contends that the incident left him unable to work in his practice as a patent attorney, costing him $200,000 while he recovered. He's seeking an additional $2 million in punitive damages.

"Before this incident, Jones had a zero criminal record," said his attorney, Anthony Harris. "This guy was like a monk. It was an anomaly that his friends would drag him out. After the situation, he was really a monk. He didn't want to go out. He was nervous around any police officer."

Palladium owner Rudy Baca declined to comment. He appeared frustrated with police in a witness statement he wrote shortly after the incident because of the manner in which officers sought to close his club early that night.

Shepherd has dropped some of her original claims against the city, focusing on her assertion that two officers used excessive force when they arrested her at the Copper Rhino bar Jan. 14, 2007.

She says police broke her ribs when they sought to subdue her after she attempted to find out why one of her son's friends was ejected from the club by a bouncer. She is seeking $1 million in damages.

Wilson succeeded in his most recent defense of a lawsuit against the Modesto Police Department. A jury a year ago held that police were not liable in the death of Sammy Galvan, who was shot eight times when officers responded to a domestic dispute at his home in 2004.
No comments: 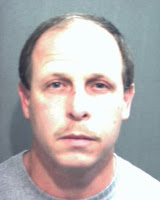 A state trooper accused of having sexual communications with the teenage daughter of another FHP employee has been fired and charged with soliciting sex from a minor.

And now an internal probe by the Orange County Sheriff's Office has targeted the trooper's ex-wife after she was accused of trying to intimidate the teen's mother.

James E. Gilbert was a trooper for more than 15 years when he was arrested Dec. 4 on 10 counts of solicitation of a minor via a computer. The Florida Highway Patrol terminated him the next day.

Gilbert is accused of having sexual conversations and text messages with a 17-year-old. An FHP investigative report said Gilbert, who was a corporal, sent the girl more than 600 text messages during a one-month period last year.

In a written statement filed in Orange County court, the girl's mother said Gilbert talked about taking the teen to a cabin in Tennessee where they would "take things slow."

The teen told an investigator she told Gilbert he shouldn't talk to her that way. She said Gilbert, 45, responded by saying things like, "Nothing illegal about this; we're doing nothing wrong." And, "It's your choice, even if anybody found out, if I still want to do something or if you did, nobody can stop us; there's nothing wrong with it."

Gilbert would not comment Thursday. When questioned in November by an investigator, Gilbert also chose not to make a statement, an FHP report said.

He is free on bond and is slated to go to trial in August.

The mother runs a business at a Florida's Turnpike service plaza. She said Alberta Gilbert came to the plaza, walked past her business and mouthed a curse word. She said Gilbert's wife then sat at a table near her business for more than an hour. She said the deputy rubbed her gun and stared at her.

"I was scared that she was going to do something," the woman said.

The mother said she gave the Orange County Sheriff's Office a surveillance video from inside the plaza. The Sheriff's Office confirmed Gilbert is being investigated internally, but an agency spokesman couldn't comment or confirm the allegations because the case is open. An attempt to reach Alberta Gilbert was unsuccessful.

A temporary injunction was filed against James Gilbert in September — before he was charged criminally — because the teen is afraid of him and his persistent sexual advances.

"It's very stressful. It's very upsetting," the teen's mother said Thursday. "I'm constantly outside checking around. We worry about revenge or retaliation."

Michael Jacobs Jr Dies After Being Tasered by Fort Worth Police

Fort Worth police are investigating following the death of a mentally ill 24-year-old after police subdued him with a Taser stun gun.

The parents of Michael Jacobs Jr. called police to a Fort Worth home on Saturday morning, saying their son was causing problems, police said in a statement.

Police said an officer stunned him with a Taser when he became combative.

The officers planned to take Jacobs to John Peter Smith Hospital for a mental detention. He was handcuffed but began to have difficulty breathing, police said.

Police said he was later taken to the hospital, where he was pronounced dead.

Family members told the Fort Worth Star-Telegram that police officers used excessive force to subdue Jacobs, who had been diagnosed with schizophrenia and bipolar disorder.

Charlotte Jacobs, Michael's mother, says that while he was being stunned, her son was writhing on the ground and foaming at the mouth. She said she begged the officers to stop.

Helena Wigfall, 37, a cousin of Michael Jacobs, said police had nothing to fear from her cousin, who weighed about 150 pounds.

Kyev Tatum, pastor of the Servant House Baptist Church, said the Jacobs family would like an outside investigation as well as an autopsy from someone unaffiliated with the medical examiner's office.

Fort Worth Police Chief Jeffrey Halstead told the newspaper that he could not comment on the incident until he was briefed by investigators, which he expected to happen Monday.

Email ThisBlogThis!Share to TwitterShare to FacebookShare to Pinterest
Labels: death from taser, Texas
Newer Posts Older Posts Home
Subscribe to: Posts (Atom)
All person charged on this site with a crime are presumed innocent until proven guilty.